After leaving Dam 28, boats passed Port Indian on the north side of the river and skirted the south side of Barbadoes Island heading for Dam 29 which spanned the river between Norristown and Bridgeport. 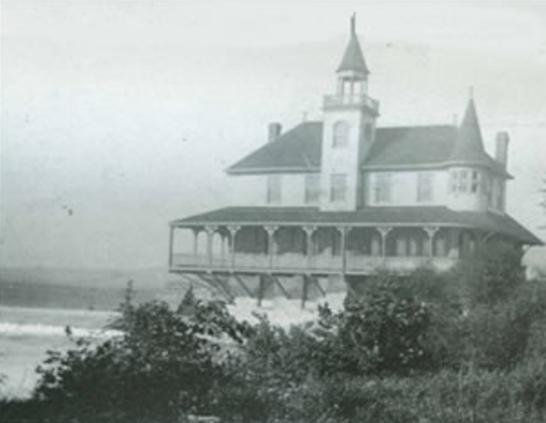 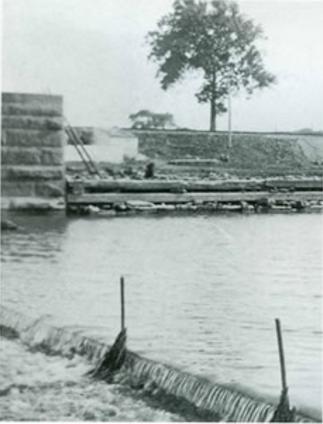 Two masted schooners traveled to Port Kennedy to load lime. Their masts, hinged at the base to enable them to drop to the deck to clear the canal bridges, also served as derricks for loading cargo.

(LEFT) Flash boards could be attached to the dam to gain extra height. ( RIGHT) The Alexis Club was located on the north abutment of Catfish Dam right next to the Betzwood Studios (before there was Hollywood, there was Betzwood!).

It is "Peaceful" now, but Catfish Dam played an important role for both recreational and commerce activities on the Schuylkill river.  The Catfish Dam was dam #28 on the Navigation System, it was used in conjunction with Lock #63.  The Dam is located just below the 422 bridge, close to Valley Forge Apts. off Mansell Road.